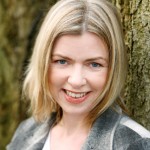 Many congratulations to Danielle McLaughlin, whose debut collection of short stories, Dinosaurs on 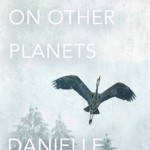 Other Planets (John Murray), was published earlier this month in the UK and has been receiving widespread acclaim, just as it did when it was first published in Ireland by The Stinging Fly last year.

Here are some of the great reviews Danielle has received:

“This is not a debut in the usual sense; a promise of greater things to come. There is no need to ask what Danielle McLaughlin will do next, she has done it already. This book has arrived. I think it will stay with us for a long time” – Anne Enright

“Dinosaurs on Other Planets will cause waves, and lingers in the memory long after finishing reading” – Laura Kenright in Wales Arts Review

“Dinosaurs on Other Planets is full of such arresting, resonant and precise writing . . . It makes the world feel ancient and alien, familiar and new” – Matthew Adams in the Financial Times

The U.S. edition of Dinosaurs on Other Planets will be published by Random House in August this year, so expect to see more recognition of Danielle’s great writing.

We wish Danielle continued success with the book and look forward to her next publication.