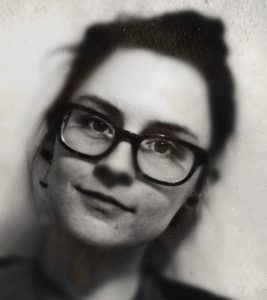 Huge congratulations to Jane Healey who has secured a significant publishing deal for her debut novel The Animals at Lockwood Manor through her agent, Hayley Steed, at the Madeline Milburn Literary Agency.

US rights have been bought by Helen Atsma at Houghton Mifflin Harcourt for a six-figure sum, and they will publish simultaneously with the UK. Jane joins a renowned and respected list at HMH which includes eight Nobel Prize winners and 47 Pulitzer Prize winners, and authors such as Margaret Atwood, J.R. Tolkien and Virginia Woolf.

Jane, who was shortlisted for the 2013 Bristol Short Story Prize, says: “It’s a dream come true to have my novel published and I’m thrilled to get to work with Sam Humphreys and the team at Mantle, and Helen Atsma and the team at Houghton Mifflin Harcourt. I started writing The Animals at Lockwood Manor two years ago after learning about the real life evacuation of natural history collections to English country estates during the Second World War, and wanting to add my own gothic twist. I have to thank Anna Hogarty and Hayley Steed from the Madeline Milburn Literary Agency for helping me wrestle it into shape.”

Jane continues: “The Bristol Prize shortlisted and published the first short story I ever wrote which was such a boost to my confidence at the  beginning of my writing career. I’ve loved following the other Bristol Prize writers who have gone on to win prizes and publish stories and novels, and its reputation as one of the friendliest and most supportive short story competitions is well-earned.”

The Animals at Lockwood Manor will be published in 2020.

Jane’s brilliant short story, Pool Boy, was shortlisted for the 2013 Bristol Short Story Prize and is published in our 6th anthology, published by Tangent Books.