With just 12 days to go until we announce the winner of the 2017 Bristol Short Story Prize we thought it was high time we let you know a bit more about the 20 brilliant writers who are in the running for this year’s first prize.

Here are 10 of the writers – we’ll introduce the other 10 tomorrow. 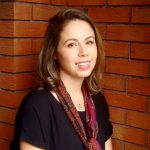 Dima Alzayat is a Syrian-American writer. Her short stories have appeared in Prairie Schooner,Bridport Prize Anthology, and Enizagam. She was the recipient of a 2015 Bernice Slote Award. Her short story In the Land of Kan’an was included in artist Jenny Holzer’s projection For Aarhus and is part of Holzer’s 2017 exhibition at the Massachusetts Museum of Contemporary Art. Her articles have appeared in the Los Angeles Times, Flaunt, The Skinny, and Variety. She lives in Manchester, England, and is a PhD student and associate lecturer at Lancaster University. 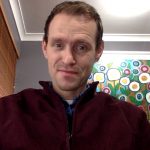 After living in Japan for 12 years David Brennan returned to Ireland in 2014. He currently lives in Cork. In 2016 he won the Frank O’Connor Mentorship Bursary Award and has been shortlisted for the Doolin Short Story Competition and the Curtis Bausse Short Story Competition. He has also published stories and poems in Number 11, Memoryhouse, The Ogham Stone, Crabfat, Tokyo Poetry Journal and Jungle Crows (a Tokyo anthology). He is currently working on a collection of stories and a novel. 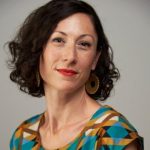 Emily Brewin is an Australian writer and educator. Her first novel, Hello, Goodbye, was released in June 2017 with Allen and Unwin. She has been awarded an Australian Society of Authors Emerging Writers’ and Illustrators’ Mentorship for her fiction writing. Her short stories have been shortlisted for a number of literary awards, including the Alan Marshall Short Story Award, Overland’s Fair Australia Prize and the Elyne Mitchell Writing Awards. Her second novel is due for release with Allen and Unwin in July 2018. She is currently working on her third. 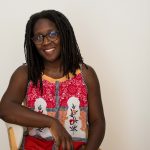 Clementine Ewokolo Burnley is a community worker who writes about loss, survival, decolonialism and cultural hybridity. Her work has appeared in several short story and essay collections, in Versal Journal, the Feminist Wire, and Parabola Magazine. Clementine recently received an Honourable Mention in the Berlin Writing Prize 2017. She makes jam and isn’t the most fun person at dinner parties, especially when she talks about how power dynamics influence social change strategies. Clementine lives and writes between lots of different places. You can find her on Twitter at @decolonialheart 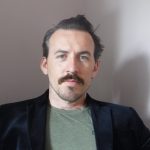 Paul Duffy is a native of Dublin and has lived for extended periods in the west of Ireland, the south of France and in Western Australia. He has had stories published in the Irish Times, in the journal Causeway/Cabhsair and broadcast on RTÉ Radio 1. He has been shortlisted for a number of awards, winning in 2015, the Over the Edge award for his story Redolence. Paul also regularly publishes in both English and French on the subjects of medieval history and archaeology. He lives with his family in the Wicklow Mountains and works as an archaeologist. 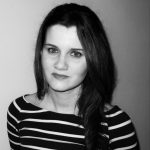 Amber Duivenvoorden is a Maltese writer currently doing an M.A. in Creative Writing at Lancaster University. She is working on short stories which explore familial relationships. Her writing is dominated by Malta – the country’s gender and socio-economic problems, the landscape, and the effects on the individual. Her major influences are Thomas Hardy, Alice Munro, Milan Kundera, Ken Kesey and Katherine Mansfield, as well as French short story writers such as Sartre and Colette. 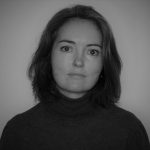 Jennifer Harvey is a Scottish writer now living in Amsterdam. Her stories have been published in various magazines and anthologies in the US and the UK including: Bare Fiction, The Lonely Crowd, Folio, and Carve. She is a Resident Reader for Carve Magazine and loves discovering good stories in the ‘slush pile’. When not writing, she can be found sauntering along the Amsterdam canals, dreaming up new stories. 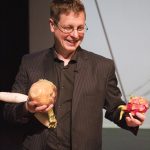 Conor Houghton is a computer scientist and neuroscientist who is concerned with mathematical ideas related to how the brain works. He grew up in the west of Ireland but now lives in the south west of England. His fiction has appeared in several publications including the 2017 National Flash Fiction Day Anthology and Bare Fiction Magazine.  In 2016 he won the Doolin Literary Festival Flash Fiction Competition. 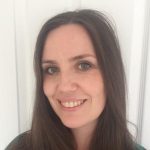 Stephanie Hutton is a writer and clinical psychologist based in Staffordshire. She has had several pieces of work published online and in print. She gained second prize in the National Flash Fiction Day micro competition, and has been shortlisted in several competitions including the Black Pear Press Short Story Competition and Brighton Prize. She has been selected for the Writing West Midlands Room 204 Writer Development Programme for emerging writers. She co-runs a community project, The Writing Kiln, and has initiated the regional Potteries Prize.

Originally from Cardiff, Kate L. Jefford lives in London & Folkestone. She works in NHS & Student Mental Health services and is completing an MA in Creative Writing at Birkbeck. She won 1st prize in the H G Wells Short Story competition (2013) & 3rd prize in the Sunderland-Waterstones Short Story competition (2016). She has also been shortlisted in a number of writing competitions, including Bare Fiction & Fish Short Story Prizes. Her work is published in various print anthologies and MIR online. She’s working on her first novel with support from lots of people who know who they are.

The winner of the 2017 Bristol Short Story Prize will be announced at this year’s awards ceremony on October 14th. All 20 shortlisted writers will have their stories published in the forthcoming Bristol Short Story Prize Anthology Volume 10, which will be launched at the awards ceremony and is available to pre-order from our publisher, Tangent Books, now.