We’re thrilled to have another fantastic judging panel for this year’s Bristol Short Story Prize.

The panel will be chaired by the brilliant Tania Hershman.

Tania is the author of two celebrated short story collections, The White Road and Other Stories (Salt, 2008), which was commended by the judges of the 2009 Orange Award for New Writers, and My Mother Was An Upright Piano: Fictions (Tangent Books, 2012). Her debut poetry chapbook, Nothing Here is Wild, Everything is Open, will be published next month. She has co-edited, with Pippa Goldschmidt, the Einstein-inspired anthology of new writing, I am Because You Are (Freight Books, 2015), and has co-written Writing Short Stories: A Writers & Artists Companion (Bloomsbury,  2014), with Courttia Newland.

Tania’s stories and poems have also won various prizes, and been broadcast on BBC Radio 3 and 4. She teaches regularly for the Arvon Foundation, founded The Short Review website, and is the founder and curator of ShortStops, a website celebrating UK & Ireland short story activity.

We are very lucky to have such an accomplished, trail blazing writer and short story champion chairing this year’s judging

We took the opportunity to ask Tania about her writing and judging this year’s competition.

What influence do you think doing a PhD has had on your writing?

As a short story writer – and now also a poet – while I loved what I was doing, no-one was really waiting for me to do anything, by which I mean, I imposed my own deadlines, motivated myself. I didn’t have an agent chivvying me, for example. So the main reason for me to undertake a PhD in Creative Writing was to have a framework, to get gently yet firmly chivvied! And then, as I began to develop the idea for the book-length creative work that is the primary product of this PhD – which is practice-based, so the creativity is the research, an idea it took me a while to get my head around – I realised that this was my chance to really experiment, to try things I had never done before. I am taking inspiration from science – particle physics in particular – and so the concept of experimenting fit well.

I was moving towards more of a blurring of genre boundaries anyway, but now I am attempting it in a piece of writing the length of a book (which may be a slim volume) and I am really having such fun. I am letting myself go, mixing things up, but also realizing that what I have already learned from 16 years of writing short stories is just as applicable here, in terms of trusting myself that I will get somewhere, even if I have no idea what’s going on when I start writing. Having not just written over a hundred stories but actually finished over a hundred stories is giving me confidence that I will finish this book – which is composed of parts which are poems and prose and undefinable hybrid things – and it will fit together as a whole. I hope! I’m playing with language, trying to squeeze more out of it than I had been doing, trying to get past the meanings of words and sentences and see what’s underneath.

You have been writing lots of poetry in the past couple of years, what effect has that had on your short story writing?

For quite a while before I got over my fear of the line break, I’d often been asked why my very short flash fictions “weren’t actually poems”, so this is something I think I’ve been slinking towards for years! What I have understood now is how the shape of the words on the page can add to the effects I want to have on the reader, and I think that’s slipped into my fictions as well (although I haven’t been writing many short stories recently.) Writing poetry seems to be allowing me to more directly address things from my own life, or things I see, which I never felt comfortable doing in fiction. I wonder if this is also going to trickle through to my short stories. While I love writing poems, I do miss my characters, I always fell a little in love with them, felt close to them, they were my head-based friends. I am intrigued to see what effect everything has on everything!

In the excellent book, Writing Short Stories, which you co-wrote with Courttia Newland,

you steer clear of prescribing shoulds and shouldn’ts, dos and don’ts, for writers. Why do you think that is important?

First, thank you for your kind words about the book, which was really a fascinating experience to work on and a privilege to have the chance to pass on what has been passed on to me. Re shoulds and shouldn’ts, I’ve been in the situation in a writing workshop where a tutor has told the class what they “should” do. I had one writing tutor who said we should all “write for the woman on the bus”, which, firstly, is incredibly patronising, as if a woman on a bus isn’t a sophisticated reader, that everything must be dumbed down, all mystery eliminated. The main reason, though, that I am anti-should is that as a writer, I don’t even have one clear writing process, I change things, I am continually discovering different ways in which I write – so how can anyone possibly expect that one set of “rules” will fit all writers? I understand – especially now as a novice poet – that when you’re starting out, it’s helpful to have a place to set off from, but the idea “should” be, in my opinion, that you quickly ditch these lists, these rules, and create your own path, or paths.

I spent years thinking I was doing it “wrong”, this writing thing, because every book on fiction writing that I’d been given had one fixed set way in which it was done. Thankfully, when I began to read interviews with writers, especially the wonderful interviews in The Paris Review, I saw that everyone does it differently. Some people do do what the books I read proscribed – get a messy, baggy first draft down and then edit edit edit – but many don’t; some write word by word and can’t carry on until they’ve got the previous word right, for example. Lorrie Moore writes the beginning of a story, then the end, and then the middle. love that. I didn’t enjoy the feeling that I was doing it wrong, but eventually I understood that the main thing was that I was doing it at all, and it seemed to be working!

You often talk about writers being given permission. From whom or what have you received the most significant permission?

I get permission most often from other people’s writing, from that sense of, Oh my, look at that, I had no idea a short story could do that! The first few times this happened, it was a surprise, but then I began actively to seek out permission-giving writing, to expand what I read. What I’ve found, especially when I teach or talk about writing, is how much we limit ourselves, often unconsciously, telling ourselves, Well, I can’t possibly write like that/about that. I’ve even had students in fiction workshops asking me if it’s ok to make things up. It’s all ok! I am a great believer in the power of constraint to liberate a piece of writing, just like a picture frame helps, rather than being faced with an endless blank canvas, but unconsciously censoring yourself is a different thing. What are your taboo subjects, for example, things you won’t go near? Also, part of it for me is to give myself permission to write less, trust myself that I’ve said enough, and trust the reader more, because readers are clever. This too I have learned over the years. They are very clever.

What role do you think writing competitions can play in a writer’s development?

Writing competitions have played a very important role in my writing life. My first bit of writing success came in winning a flash fiction competition in 2006, and it’s the most wonderful feeling, that not only was what I was writing actually the entity I had hoped (i.e. a flash story), but that someone had connected with it to such a degree that they wanted to somehow honour it. And the accompanying cheque was also extremely nice.

Over the years, it has meant a great deal to me to see my stories on longlists and shortlists, and as a judge I know that this is often the greatest achievement, to rise up out of a pile of hundreds or even thousands, to the final 40 or 50. The final assignment of prizes is then extremely difficult, and will vary with each judge, and each day the judge reads the work again etc… As a new poet, being placed in competitions has been extremely meaningful, especially because I was anxious about line breaks, about the mechanics that go into making a poem – although now that I am relaxing a little, I understand that, as with short stories, nothing is compulsory, there are no shoulds here either, and a poem can be so many things!

What will you be looking for in this year’s Bristol Short Story Prize entries? 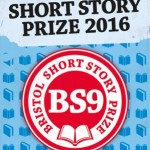 I ask nothing less whenever I read a short story than to be altered by it between the first sentence and the last sentence. This may sound like a tall order, but it has happened to me so many times, and in so many different ways, that I won’t settle for less. It can happen in a page-long story, or one that’s 20 pages. I am not looking for “literariness”, because I don’t know what that means. I want to be surprised, by language, by voice, as well as by plot, but once again, this doesn’t mean that a great deal has to “happen” or there has to be some extreme weirdness going on. I love all sorts of stories, ones that are similar to the kinds of things I like to write and ones that are vastly different. I love being taken to other worlds, other planets, other times, inside other people’s heads, or just down the high street, but in a way I’ve never seen before.

Trust me to read your story well, don’t worry about explaining too much. Trust yourself to tell your story the way you want to, not the way you think judges of a competition may be looking for. Sending your story out into the world is a leap of faith and we are very grateful for your leap. I can’t wait to read them!

The closing date for entries to the 2016 Bristol Short Story Prize is 30th April. For full details and rules please click here.