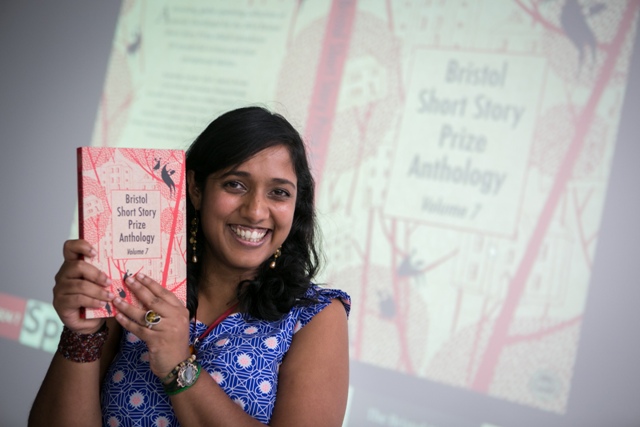 Our 2014 winner, Mahsuda Snaith, has just had her first novel published by Transworld. The Things We Thought We Knew is an “original and affecting coming-of-age novel” says The Observer and Francesca Brown in Stylist magazine says it’s “A break out book from an incredibly talented debut writer”. Alice Jones caught up with Mahsuda to get the lowdown on the book and Mahsuda’s writing.

Your work on The Things We Thought We Knew began when you were 16, and you came back to it in 2011. How much had your style and ideas changed over those years and what impact did this have on your editing of the book?

I wrote the first draft of The Things We Thought We Knew in a thick notebook, all in one go without knowing what was going to happen next until I wrote it.  This meant the narrative was quite spontaneous but also that it wound up in a lot of dead ends and unnecessary subplots.  When I came back to again I planned out a loose narrative (loose because I’d learnt to plan too much can kill a story for me) then tackled it again.  I’d learnt heaps about the craft of writing between drafts, mainly from the writing I did that didn’t work.  But there’s always been a quirky style to my writing that’s stayed the same.  The characters too remained pretty much as I’d originally written them.  Once a character has got hold of me, I find it hard to let them go.

The book is set on a council estate in Leicester – a similar setting to where you grew up. How much did your own experiences of council estate life seep into the book? Are any of the characters inspired by people you knew?

For me, the act of writing is the act of creating something new, but for this novel my real life seeped into the book more than it has in my other work. The setting is very much based on my own experiences of council estates as well Leicester – the vibrancy, the eccentricities.  The characters, on the other hand, are not based on specific people though they might, on an unconscious level, be a composite of people I have met and know.  Sometimes the line between reality and imagination can be blurred when writing fiction but for me it is mostly fictional.

Did you find it challenging to write from the viewpoint of a child who is mostly confined to her room, and to 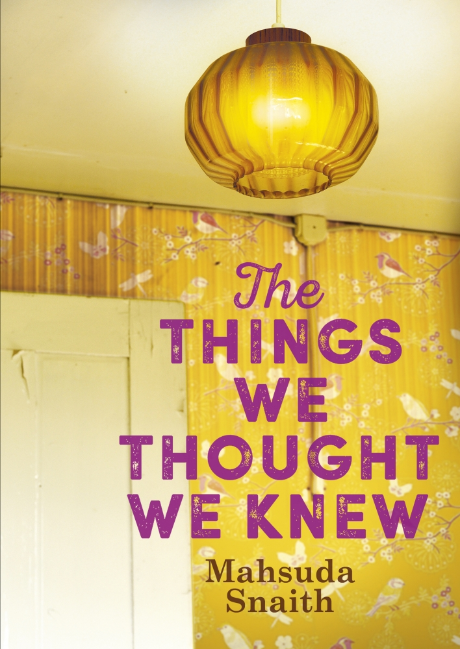 maintain the momentum of the narrative?

It’s hard to have the setup of character being stuck in a room without her, or the narrative, stagnating.  This is why I chose to have lots happening in Ravine’s current day situation as well as detailing the claustrophobia of her own room.  It was a tricky balance but I hope it works.

Do you find the process of writing a novel to be very different to writing short stories?

For me writing a short story is like doing a sprint race while writing a novel is like doing a marathon.  Both require just as much training and hard work (which is coming from someone who doesn’t run!).  You need to use the same skills and knowledge for both but you need to approach them slightly differently as they are different mediums.  But at the end of the day you face the same problems.  Novel writing is hard.  Short story writing is hard.  But the euphoria you feel when the race is over is uplifting for both.

Are there any authors or books that really inspire you or influence your own writing?

I find myself inspired more by books than authors.  Some of my favourites are The Color Purple, One Flew Over the Cuckoo’s Nest and Trainspotting.  Also, I really enjoy the short stories of Aimee Bender – they are unusual and surprising which I think all good short stories should be.  I have whole shelves of books I regularly dip into for inspiration.  Sometimes just one sentence can really make you rethink your own work.

Having spent so long working on the book and from such a young age, how did it feel when you finally got your book deal with Transworld?

It was a relief!  You have these characters living with you for such a long time that you root for them and invest a part of yourself in them.  When I re-read my first draft years after writing it and fell in love with the characters again my biggest hope was that they’d find a good home and that other people would enjoy reading about them as much as I enjoyed writing about them.  To get such a positive reaction from Transworld was such a validating experience.  It meant that all those hours I’d spent working and reworking the novel weren’t in vain.

You secured a two-book deal with Transworld – can you tell us a little about the second book you are working on?

My next novel is about a homeless girl who goes on a ‘Wizard of Oz’ type adventure from Nottingham to Skegness.  I like to write stories from people we don’t usually hear from so I volunteered with and worked for different homeless charities and groups to find out what the reality of homelessness was like.  It was incredibly eye opening and I hope that the novel itself will shed a bit of light on this hidden world.  It’s a bit of departure from ‘The Things We Thought We Knew’ but is similar in the sense that I hope it deals with serious issues in a funny way with a whole bunch of eccentric characters to meet along the way.

Congratulations to Mahsuda and we look forward to reading more of her work in the future. Mahsuda’s winning story from our 2014 competition, The Art of Flood Survival, is available in our 7th anthology.