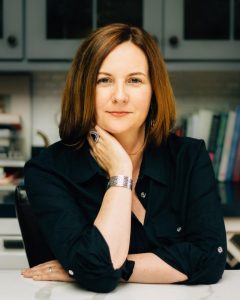 Congratulations to Ethel Rohan whose debut novel, The Weight of Him, has just been published by Atlantic Books. The novel has received glowing reviews: the writer, Robert Olen Butler says it is an “achingly sad, achingly lovely novel that speaks to the essential core of our shared human experience” and Eowyn Ivey, author of the hugely popular The Snow Child, calls it “poignant and inspiring”.

Alice Jones took the opportunity to find out more about the novel and Ethel’s writing.

We at Bristol Short Story Prize know you for your brilliant short story Beekiller published in our 5th Anthology and now your debut novel, The Weight of Him, has just been published. When do you know whether what you’re writing will be a short story or a novel?

I’ve written four novel manuscripts and tens of short stories. The Weight of Him was my third attempt at the novel. I’ve resigned myself to the fact that my first two novel manuscripts failed but made for excellent practice, and I’m hopeful my fourth novel will also sell. For all of my writing thus far I knew from the outset whether or not I was writing a novel or a short story—with the exception of The Weight of Him.

What’s peculiar is that I don’t ever plot or outline my stories, so how do I know from the outset what form the work will take? Some spark grips me—an anecdote, phrase, object, character, voice, or place—and I write line by line from there. Yet even without knowing the story or its characters I somehow innately sense from the start whether what I’m writing is going to be the short form or the novel. I honestly can’t explain that. I just somehow know. So much in writing is trusting and following our instincts. Only once, to date, have I gotten it wrong.

The Weight of Him began as a short story titled Seconds and I deeply believed in it, and in particular its main character, 400lb Billy Brennan, but the story was repeatedly rejected by literary magazine editors. When I joined a workshop group with other writers I respect and admire, they pointed out what I’d been blind to in my own story—its arc and its cast of characters were much too complex for the short form. That feedback proved to be life-changing and I can’t recommend highly enough surrounding ourselves with peers who inform, inspire and invigorate us—it’s a beautiful contagion.

Do you find writing a novel more challenging than writing a short story and how does the process differ?

I’ve talked elsewhere about how I’ve found the short story to be strangely more challenging than the novel—it seems counter-intuitive given the word count of the novel alone, but there’s a mystery and impenetrability to the short story that is part of its brilliance and its elusiveness to writers and readers alike.

The novel felt much more accessible and doable. Writing is challenging in any form, but I feel most suited to the novel—getting carried away in my imagination is my favourite thing to do and other, fictional worlds are my favourite places to be, so I was well-rewarded in living within my novel and with its characters for years.

While the novel and short story form are very different, the process for writing them is the same. Writing requires stamina, dedication and perseverance. All of the writer’s senses, including intuition, are attuned to trouble, the strange, and the telling—everything and anything that’s rich in what it can reveal through story about the human condition.

You’ve said before that your original idea for the book was ignited by a conversation you overhead in an Irish pub. How important was this conversation to your book and in helping you to build your characters?

What fertile, fateful eavesdropping that proved to be. I overheard two men talking about a fat woman in mourning. The snippet that 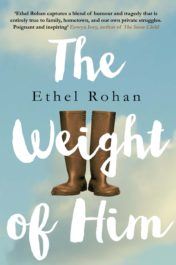 stayed with me was “her grief might just kill her before her weight does.” Those words proved vital because they prompted an urgent question in my mind that wouldn’t let me be—what if this woman’s weight or grief don’t kill her, but instead propel her to do something extraordinary? Every story answers some central, burning question and this is the question that The Weight of Him sought to solve.

When I sat down to write, however, my main character wasn’t a woman, but a grief-stricken father, Billy Brennan. I grappled with the idea of a male protagonist for a long time, largely because the choice fed into my concerns around who has the authority to tell whose story? There was also my angst around the great responsibility I felt to do right by Billy and all my characters, and to handle compassionately and honestly the difficult topics of obesity and suicide. I wrote my way into knowing and building my characters, and into the conviction that I could and should write this story.

The main character in your novel is a 400lb Irish man. Did you find it difficult to get into his head and write so convincingly from his perspective?

As an average-sized woman I can never fully know what it’s like to live inside a 400lb body, but I did spend years observing fat people in books, TV, film, and real life so that I could render Billy as realistically and honestly as possible.

I also brought to Billy and his story everything that I know to be true about body shame and repressing our true selves out of insecurity and self-loathing. I’m a survivor of childhood sexual abuse, something I largely kept hidden for decades. Until I received counselling in my late thirties, I felt enormous shame and a devastating disconnect from my body and the girl I was. Billy and I share a history of rejecting our childhood selves out of shame and a sense of worthlessness—a devastating fracture that made us feel incomplete and inadequate and left us starving for a sense of wholeness and well-being. Like Billy, I put my pain into addictive behaviours in an effort to quell it. And again like Billy, I found the only way to truly deal with my pain and my sense of brokenness was to face it directly, rather than to keep looking away.

How much did your own experiences of growing up in Ireland influence your writing?

My Irish childhood colours everything. The place and its people capture and compel my imagination and most of my writing is set there. It isn’t something I do consciously, it just happens. The unique Irish sights, sounds and ways are rich fodder for the rhythms and dialogue that I so love to write.

I’ve lived in San Francisco for 25 years and that time and distance allow me a greater and more objective sense of perspective on Ireland and its culture than if I’d remained here. Examining the best and worst in society, and exploring who and what we push to the margins and cast out as misfits, reveals a great deal about ourselves.

Are there any authors that particularly inspire you and influence your work? 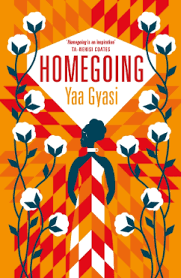 I read as often and as widely as I can. Thankfully, I’ve gotten a lot more inclusive in my reading habits in recent years and my most recent much-loved books by writers of colour are Yaa Gyasi’s powerful debut novel, Homegoing, and Viet Thanh Nguyen’s unforgettable novel, The Sympathizer. The richer our reading habits, the richer our writing.

While I push myself to read beyond my inevitable biases and prejudices—my dislike for obscure modernism for example—my touchstone is traditional narrative with quirky characters and strange scenarios, and with the lurk of menace and the light of transcendence. Hence the following writers, to name just a few, hold great appeal: Flannery O’Connor, James Baldwin, Raymond Carver, Elizabeth Strout, Celeste Ng, Roxane Gay, Kevin Barry, and Anne Enright.

What kind of an environment do you choose to write in? Do you enjoy listening to music and if so what helps you get your ‘writing head’ on?

I tend to practice sameness in my writing environment. I typically write every day in my home office and on my PC and I prefer silence or instrumental music with occasional bursts of my preferred songs and artists (think Adele, Kelly Clarkson, Bruno Mars, Johnny Cash, Gavin James, Ham Sandwich, and the Rubber Bandits). There’s something about the routine and familiarity of my desk and typing in overall quiet that works well for me.

Whenever I feel stuck or uninspired in the work, I’ll switch to my kitchen table and pen and paper. When I really need a shake-up, I’ll switch to a coffee shop and/or I’ll dip into automatic writing—writing with my non-dominant hand to try to connect more directly with my sub-conscious.

My writing head is always on—my six senses always waiting and watching for the next morsel that comes to me charged and demands I tell its story.

Are you working on any projects at the moment and can you tell us a little bit about them?

I’m polishing the fourth novel manuscript I mentioned at the start of this interview. It’s historical fiction, with a young, female protagonist and it takes place in 1930s New York City. The next step is hopefully to sell that. I’m also polishing a third story collection I’d like to see published. I’ve long wanted to bring my work to the stage and the screen, too. So, yeah, a lot of new projects on the horizon. From here on out, it’s just a question of doing something every single day that brings me closer to realizing those goals and allows me to continue to make my dreams my reality.

Ethel was shortlisted for the 2012 Bristol Short Story Prize for her story, Beekiller. The story is available in our Volume 5 anthology.