Back in 2009, Australian-based writer Elizabeth Jane Corbett won the Bristol Short Story Prize for her brilliant story Beyond the Blackout Curtain. And it’s great to see that Elizabeth’s debut novel, The Tides Between, has recently been published. We took the opportunity to find out more about the novel and Elizabeth’s writing.

When did you first want to be a writer?

Ever since I got lost on a lonely moor with the Famous Five, I have dreamt of writing a novel. I even set out to write one, once – a horse book. Trouble is, I didn’t know anything about horses. So, the process ground to a halt (an early lesson on the value of research perhaps?). I wrote bad poetry in my teens, discovered I liked writing essays, and did a history/politics degree. However, I’d turned into a serious young person and found myself reading more biographical works than fiction. Then, I had four children and hardly had time to read (apart from parenting books), let alone write. I did some informal theological study and wrote essays, then wrote a couple of picture books (which never saw the light of day), and indulged annually in what was to become a highly anticipated ‘Corbett family Christmas letter.’ When I did finally begin to read fiction again, it was of the historical variety, and I always followed each book with extended non-fiction research on the era. It wasn’t until my fortieth birthday that I took stock of the situation. I wrote a list of things I had achieved by that stage in my life and also what I’d like to have achieved. At which point, the I’ve-always-wanted-to-write-a-novel realization flared back into life. I thought, if I’m going to give this novel writing a go, I’d better start now, before it is too late.

What effect did winning the 2009 Bristol Short Story Prize have on your writing? 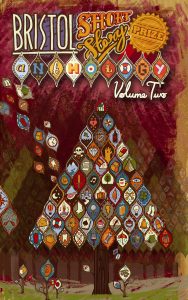 Winning the Bristol Short Story Prize was a massive breakthrough – my first prize win, my first fiction publication, in fact, the first short story I had written since a truly deplorable attempt in year eleven. My novel had been shortlisted for a manuscript development award the previous year. Which had given me an inkling I wasn’t wasting my time. I’d enrolled in some novel subjects at our local Technical and Further Education College as a consequence. While my manuscript was all pulled apart and awaiting a major overhaul, I decided to write a short story based on one of mum’s war time memories which I called Beyond the Blackout Curtain. I entered it and another short story called Silent Night in the 2009 Bristol Short Story Prize. I entered the same two stories in an Australian competition. Beyond the Blackout Curtain won the Bristol Prize (as you know) but wasn’t even shortlisted in the Aussie competition, whereas Silent Night was shortlisted in the Aussie competition but Beyond the Blackout Curtain failed to impress the judges. This taught me a valuable lesson about submitting the right story to the right people.

I received a phone call from a Melbourne publisher as a result of winning the Bristol Short Story Prize and, although my manuscript wasn’t ultimately picked up, I received valuable feedback. Unfortunately, it meant cutting some of my viewpoint characters – so another total re-write. I grappled long and hard with this decision but in the end decided I had to finish the story, otherwise it would be too easy to quit every time I hit a hurdle. So, I pressed on and, let me tell you, the self-doubt was enormous. Every day, the same little voice in the back of my mind: give up, you’re wasting your time, no one ever gets their first novel published. See it had begun to dawn on me that I’d written an unusual manuscript – an historical coming-of-age novel about fairy tales and facing the truth, set entirely in the steerage compartment of an emigrant vessel, which had both adult and young adult viewpoint characters. I can tell you there aren’t many books with that combination in the teenage section of the library. I finished the novel convinced no one would ever want to read it. So, much for the power of positive thinking!

How do you find switching between short stories and novels as a writer?

I tend to only write short stories in between projects and, as I prefer historical short stories, the research is often off-putting. However, I must qualify that statement by explaining that I blog regularly and try to include a narrative arc in many of my posts. Added to which, one of the characters in my novel, The Tides Between, is a storyteller. He and his wife tell a number of traditional Welsh fairy tales over the course of my fictitious voyage. These stories are true to their original form but have been tweaked slightly to mirror and inform what is happening on the vessel. To convince my readers of my characters’ consummate storytelling abilities, I endeavoured to make each individual story so compelling that they forgot they were reading the novel momentarily. This meant drawing upon the skills I’d developed writing short fiction. So, my novel is basically a story about stories – a kind of nineteenth century Thousand and One Nights. As such, I don’t feel like there is much of a dividing line. Short fiction, has become an important element of my long form. 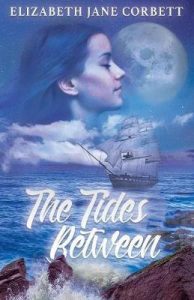 What inspired The Tides Between?

One of the reasons I hadn’t tried to write fiction prior to my mid-life crisis was that I didn’t have any ideas. I thought they should simply drop from the sky. However, on the heels of my fortieth birthday realization, came the knowledge that I’d have to try to generate some. I loved historical fiction, so why not an historical novel? I wondered whether, if I did some research, ideas would form. I still had four children living at home back then (not to mention the odd exchange student), and absolutely no research budget. Therefore, it had to be an Australian historical novel so I could access resources through the public library system. The defining event of my childhood had been moving to Australia. So, why not an historical Aussie immigration saga spanning several decades? I started by reading a biography of Caroline Chisolm – a wealthy nineteenth century migrant who advocated on behalf of vulnerable steerage travellers – and then broadened my research to include immigration in general. By which time, to my immense surprise, I had characters forming in my mind. One of them, a young girl called Bridie, had lost her father in tragic circumstances, I envisaged a creative young couple would help her to come to terms with her grief. Initially, they were Irish. But, my daughter, Phoebe, had gone on exchange to Switzerland. We planned to meet up and travel to the UK at the end of her exchange. We’d be relying on long lost family accommodation (stingy Aussies). I didn’t have any Irish relatives. But Mum was Welsh. Hmm…maybe my creative young couple could be Welsh?

I didn’t know much about Wales at that stage, apart from Rugby and male voice choirs. Rugby wasn’t invented in 1841 and, even if I could have invented a scenario in which a whole male voice choir emigrated on masse, I wasn’t sure a fifteen-year-old girl would find it interesting. Some quick research told me Wales had a strong bardic culture. My Welsh couple became storytellers. I read a “how to write a novel book” which scared the Bejeezus out of me. I thought, if I take into account everything I have to know in order to write a novel, I’ll be too overwhelmed to start. I basically gave myself permission to simply write. The trouble is, my Welsh couple had secrets, and my young Bridie faced conflicts on multiple levels and the Welsh stories were beautiful, so very beautiful. By the time we reached the Bay of Biscay, I faced a decision. Did I pull back and write the saga I’d initially intended? Or follow the tale where it was leading? I chose the latter and ended up with an historical coming-of-age-novel set entirely in the steerage compartment of an emigrant vessel. I still haven’t written the saga.

A lot of your writing is historically based; have you always been interested in history?

I spent my childhood reading books set in a place my parents wistfully called ‘home’ – Famous Five, Secret Seven, Malory Towers, The Lion the Witch and the Wardrobe, Swallows and Amazons, the Lone Pine series, Black Beauty, Oliver Twist, Paddington, The Railway Children, Mary Poppins, the list goes on… You will notice all those books are set in the past. Many had in fact been my parent’s childhood favourites. In my mind, they somehow became attached to the longing I heard in their voices. I still recall the visceral sense of shock I had upon learning that Anne of Green Gables was not in fact set in the UK. So, the past was not a place after all?

We only returned to the UK once during my childhood and it was real – the walks in the woods and hedge-grows and badgers and beavers, and Buckingham Palace, and Pudding Lane and Trafalgar Square, and the Isle of Dogs, and medieval castles and abandoned Abbeys, and thatched stone cottages, and picturesque coves in tiny could-have-been smuggler towns. I’ve never quite recovered.

Are there any authors that particularly inspire you and influence your work?

Edith Pargetter/Ellis Peters introduced me to hauntingly told Welsh history. Sharon K Penman built on that foundation. How Green was my Valley, was my first taste of a uniquely Welsh narrative voice. An interview with Diana Gabaldon taught me I didn’t need to know everything about a story before I started writing. The world of Dorothy Dunnett provided an online literary community before the advent of social media. Kate Forsyth gave me stories that referenced fairy tales while Kate Morton showed me how to write stories within her stories.

The Tides Between, Elizabeth’s debut novel, is available now