With just 10 days to go until we announce the winner of the 2018 Bristol Short Story Prize and publish out 11th anthology, we thought it was high time we let you know a bit more about the 20 brilliant writers who are in the running for this year’s first prize. 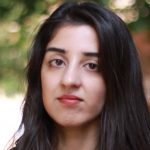 Aniqah Choudhri works for an international charity and is a theatre critic for Exeunt Magazine. She has just come third in the Hippocrates Prize for Poetry and Medicine 2018. She won the Lightship Flash Fiction Prize in 2013 and is working on a novel. She lives in Manchester and takes a lot of inspiration for her writing from the gothic and windswept countryside of the Peak District. She tweets at @aniqahc and has an Instagram devoted to books at @aniqahreads 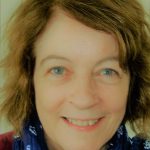 Maureen Cullen lives in Argyll & Bute. She has a distinction in MA Creative Writing from Lancaster University. In 2016, she was published, along with three other poets, in Primers 1, a collaboration between Nine Arches Press and the Poetry School. Her short fiction won The Labello Prize in 2014, and she has stories shortlisted at Fish Short Story Prize, Exeter Story Prize, Hysteria, Evesham Festival of Words, HISSAC, Ink Tears, The Short Fiction Prize, Wells Festival and Willesden Herald. Maureen recently completed a short story collection and has embarked on her debut novel. 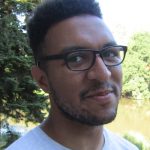 L.O. Evans writes experimental fiction and poetry that explores the way that readers interact with the words on the page. Like most millennials, he left university with a liberal arts degree and a lack of real-world skills, yet he has somehow parlayed this into a series of jobs writing for education magazines, volunteering with Bristol-based charities, and teaching at state secondary schools. He is currently working on his first novel, tentatively titled Milkham, while completing an MA in Creative Writing at Bath Spa University, where he previously won the 2012 Poetry Prize. 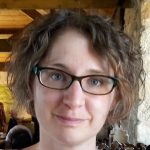 Jess Farr-Cox is a self-employed editor and indexer at thefilthycomma.co.uk; blogs at thefilthycomma.wordpress.com; works overseas regularly as a teacher and educational consultant; and teaches in the Dept. English, University of Bristol. In her copious free time, Jess has been working on a gently experimental (but quietly brilliant) novel for about twenty years, which she hopes to unleash on the world the minute she can persuade the house to clean itself. She also has plans for a short story collection in which each story contains a daffodil. 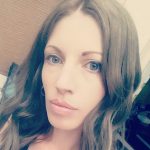 Stacey Gowland is a full time student who lives in County Durham with her husband and two children. She started studying English with Creative Writing at Teesside University in 2014 and is currently working towards a Master’s in Creative Writing. She spends much of her time reading, immersing herself in other people’s stories that transport her to exciting new places and writing stories that will hopefully transport others. She enjoys experimenting with different narrative styles and bringing a sense of realism from her own perspective to her writing. 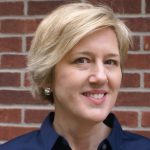 Pamela Hensley lives in Montreal. Her short stories can be found in literary journals in Canada including The Dalhousie Review and EVENT magazine. She was longlisted for the Humber Literary Review’s Emerging Writers Fiction Contest and was a finalist for the Malahat Review’s Far Horizons Award for Short Fiction. Recently, she started work on her first novel. 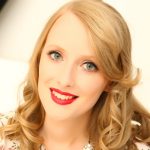 Bethan James is a writer from Wales who works for a book PR agency in London. She was a winner in Neil Gaiman & Word Factory’s Fables for a Modern World short story competition and her novel The Lost Magician was longlisted for The Literary Consultancy’s 2017 Pen Factor Prize. Bethan was shortlisted for the inaugural London Book Fair Trailblazer Award which recognises the rising stars under 30 in publishing. Her short stories have been published in magazines such as Litro, and she is a recipient of New Writing South’s New Buds Award. Twitter: @thebethanjames. 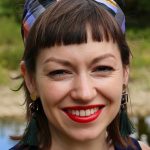 Sarah Burton Kennedy lives in London and works for The Society of Authors where she advises authors on contracts and sells rights for literary estates represented by the SoA. She has a MA in Romantic period literature from the University of Leeds. Her work has been shortlisted for the Ilkley Festival short story competition and she is currently working on a short story collection.

Rhiannon Lewis was raised on a small farm near Cardigan on the West Wales coast. She studied Welsh, English and Drama at Aberystwyth University and spent five years as a teacher and lecturer. After gaining a master’s degree in education, she went on to work in public relations, marketing and communications. She has won prizes for her short stories and in March 2018, her first novel, My Beautiful Imperial, was included on the Walter Scott Prize Academy’s recommended list of historical novels. 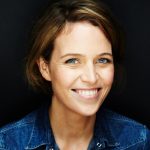 Dana Miltins is a writer and actor from Melbourne, Australia. For the past twelve years she’s been a core artist with one of Australia’s leading experimental theatre companies, The Rabble, who’re known for their feminist re-imaginings of familiar stories. After graduating from RMIT’s esteemed Professional Writing and Editing program, Dana discovered a natural fit with screenwriting. She co-created a TV mini-series The Golden Breed, and web series Soapfiend, which is currently in production. And for something completely different, Dana’s currently working on a YA novel.