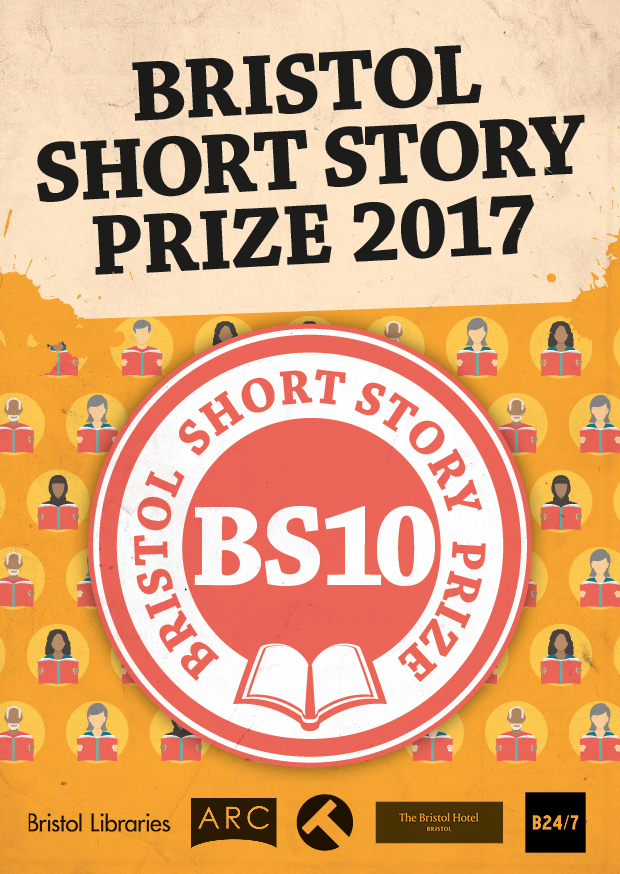 We’re delighted to say that all judging decisions for the 2017 Bristol Short Story Prize have been made and the time has come for us to announce the 40 exceptional stories that have been selected for our 10th longlist. Our readers have pored over just under 2,000 entries and had the most enthralling reading experience.  A huge thank you to everyone who entered, it has been wonderful to read the stories. We have seen a really broad range of themes and styles this year, and as chair of the judging panel, Tania Hershman, says: “I think this year’s Bristol Short Story Prize longlist is the most diverse we’ve encountered – in terms of style and content, of humour and seriousness, of genres.”

Being selected for the longlist is something to be celebrated. After months of careful and considered reading, and after many agonising decisions these stories really stood out as brilliant pieces of writing.

Congratulations to everyone who has been selected and we wish the writers the best of luck for the rest of the competition. This year’s shortlist will be announced on Wednesday July 26th.

How to Curate a Life – Rachel Connor

Between a Rock and a Hard Place – Seonaid Cook

All the Names for Animals – Bryan Fulton

The End of Eternity – Kay Gillard

The House Not Far from Time – Marlene Hanna

The Land of the Pretty – Anita MacCallum

The Cows Are Out for Spring – Grace Palmer

When We Were Nothing But Motion – Julie Reverb

The World Gravitates Towards the Ditch – Meg Tuite

This is All Mostly True – withdrawn 11/07/2017. Writer’s name withheld so as not to compromise another competition.

The Other Woman – Emma Franieczek

The Darkness Behind the Walls – Lyndsey Seaborn

The Shape of Things – Richard Snow